Showing posts from October, 2009
Show All

I second that emulsion

October 26, 2009
It has been pretty full on recently - as previous posts have probably intimated, this pub project is taking up a fair amount of energy, mental and physical. On Friday I trained as a licensee and will hopefully find out in the next day or so if I passed my exam, will then get a certificate and have to sign up for my personal license with the local council - this gives me authority to 'sell or authorise the sale of alcohol by retail' and is (rightly many would say) tightly regulated. I was interested to find out that there are very strict guidelines with regards to what a licensee can and can't do. We can't sell alcohol to anyone who is obviously drunk, and a close eye is to be kept on the possibility that alcohol might be sold to children (ie someone sharing their drink with under 18s). We have had to learn the four 'Licensing Objectives' - the reasons that alcohol is licensed: Prevention of Crime and Disorder Prevention of Public Nuisance Public Safety Prot
1 comment
Read more

The Pub, the latest

October 21, 2009
A few random thoughts, feeling tired after a few busy days so they might not be completely together! After an afternoon tinged with disappointment (only because no samples were brought for tasting) we are considering who should supply the Community Pub at Yarcombe with drinks. We are discovering some tensions because the TV company backing, or driving, the project of having a community pub are under constraints of their own regarding shooting schedules which don't fit in with the lives of those of us who work full time, and don't necessarily fit in with the timescale of getting people up and running for the pub's grand re-opening next Thursday. Someone put it well, we are all trying to use each other (not meant to be a derogatory term, simply what's going on). The TV company are wanting to film a show, the village wants a pub and TV company are helping with that, the suppliers are wanting trade, in the end we all need to get what we can and give what we can for/to/
4 comments
Read more

October 20, 2009
This is my third and final instalment of my preaching journey over the past few weeks! God So Loved The World It’s the best known sentence in the best selling book in the world. Travelling around the country you will see it plastered outside Churches, you’ll find it on the sides of buses, in London it is all over the tube system, if you have nothing better to do than stay up late watching American Football there will always be someone who stands up waving a big placard with a the reference to it whenever a touchdown happens or a field goal is scored. It’s there in great big letters ‘John 3.16’ in the NIV it says “For God so loved the world that he gave his one and only Son, that whoever believes in him shall not perish but have eternal life.” and in the translation most loved by those who quote it, the King James (or ‘Authorised’) Version it says “ For God so loved the world, that he gave his only begotten Son, that whosoever believeth in him should not perish, but have everlasting
1 comment
Read more

See, I said there were a few sermons on the way

October 20, 2009
Another Sermon. This week I preached two sermons and prepared three! One (for our earlier service) was for St Luke's day, one (for later morning) was for our 'All Age' worship and was more notes than script, and pretty much busked when it got to it :-). The third was written for a friend who was trying to fit in too much to her life and wanted a hand, that one might be published later. I'm afraid I am going to skip posting the all age, but here is St Luke... St Luke (2009) Acts 16.6-12 Luke 10.1-9 St Luke the Evangelist… When I lived in London, which was some time ago, there was a visit from an American Evangelist to Earls Court Arena. He was coming to bring his ‘healing ministry’ to the UK – his name was (and I assume still is) Morris Curello. London was plastered with huge posters which had pictures of abandoned wheelchairs and dropped crutches, and various medical impliments discarded in the wake of this man’s healing campaign. There was some controversy
Post a Comment
Read more

October 20, 2009
I seem to be a bit behind in publishing sermons. I might add a couple over the next few days. For now here's one from a week or two ago... Proper 24 (2009) Year B RCL Principal Job 23.1-9,16,17 Hebrews 4.12-16 Mark 10.17-31 The Big Picture Have you ever seen a sunset so striking that it stops you in your tracks – not literally perhaps as this might not be a good thing when driving! But I have a vivid memory of a sunset which came at one of those moments when I was feeling rather jaded and found myself driving up towards our vicarage when we lived in Eltisley near Cambridge. Of course it’s rather difficult to put into words, but that won’t stop me trying – the Sunset was dramatic, colourful, beautiful – the clouds were gathered in such a way in one part of the sky that they seemed to be pointing to something in the distance, as they changed colour from grey to white, to purple, to red, to orange – there was something quite overwhelming about them. [more]
Post a Comment
Read more

Yep, it's my day off so won't write anything today, will share another ASBO Jesus though! This will not be a regular occurrence - just like this one as it carries on the theme of the last one I shared! I would recommend a trip to ASBO Jesus regularly!
1 comment
Read more

October 15, 2009
A quick update, the meeting this evening about turning the Yarcombe Arms into a community pub was well supported, with a lot of willingness to make a go of it. I am quite excited by the prospect of it and looking forward to being involved... For those interested it will be aired on the 'Blighty' channel early in the next year, with the other pubs in the series starting in late December, the program is called 'Save our Boozer' and I am assured that that's not meant to apply just to me.... Will keep you posted, thanks for the messages of encouragement and comments.
3 comments
Read more

The Blog ' The Ongoing Adventures of Asbo Jesus ' often has lots of fuel for thought, this one is no exception. Jon is also a twitterer, you can find him here and I hope he doesn't mind me showing the picture, there didn't seem to be a don't copy command on the website but I will take it down and just put a link up if that's preferred. Whatever, he's highly recommended!
3 comments
Read more 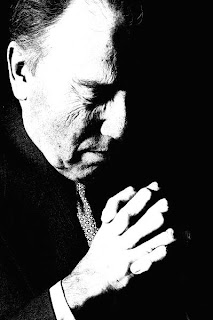 My day started with a motorbike ride (waheey) to Church (waheey) for Morning Prayer. Obviously this happened after all the waking up, cup of tea, shower, dressing stuff but as you all know that this is part of the weft and warp of daily life I won't share too many details... As always there were a few to say Morning Prayer together, it never ceases to amaze me that people will turn out on a weekday morning to pray together - not that praying is something that people don't do, but actually coming out of their homes and making time to be together so frequently is not something I am used to! My experience in a suburb was that people would come to midweek Communion, but in the centre of London it was not the case that people would drop in for the Daily Mass or for Morning Prayer, and in Cambridgeshire it was almost impossible to get anyone together during the day any day because people were so busy, or so absent due to working commitments. Here, though, people take time out to
2 comments
Read more

Eh? Is that the Vicar on telly? 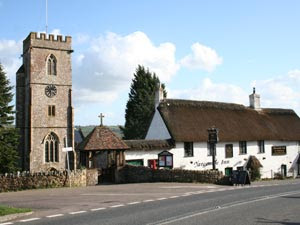 As you may know, I think each village should have two buildings at their heart. A Church (well, obviously) and a pub. I know that my mentions of the pub can freak out some of my readers from outside of the UK, as bars are often associated with drunkenness, licentiousness and lots of other ness-es which are not too healthy - but in the UK the pub has traditionally been a community building, a place for conversations, arguments, meetings, plans being made and generally somewhere to get to know each other. Yes there are drinks available, and some drink to excess but on the whole a couple of pints or whatever is considered enough for most and it is as much the company as the alcohol that is the draw. My own preference is for a proper ale, Real Ale, enjoyed with some good conversation and the occasional nip out to the garden for (ahem) a breath of fresh air. Pubs are under threat, though. In city centres and towns many of them do exist as drinking factories, where people go to binge d
4 comments
Read more

October 14, 2009
Been a few weeks, haven't published many sermons, but here is one Proper 22 (2009) Year B RCL Principal Mark 10.2-16 Turning things Upside-down I am going to indulge myself for a moment and talk about my children! Firstly my little girl Katherine. For those of you who have heard all of this before please feel free to switch off for a moment! Katherine is eight next month and she is an absolute joy not always easy, but so full of life and creativity and a desire to know things. Jack is very similar, lively, thoughtful, exploring, fun, with a great sense of humour. He has been at school now for a couple of weeks and apart from coming home very tired, he is enjoying the whole experience, making friends and generally making the most of things. I must admit, though, that I never realised just what an effect having a child would have on me. I come from a large family – large in the sense of lots of us – and have always known what it is like to have younger siblings and nephews and n
1 comment
Read more

October 13, 2009
There's a certain irony in the fact that I resolve to keep blogging and then leave it for weeks before blogging again. I don't have an excuse (not sure I need one) but I do feel the need to say something! It's been an odd few weeks, lots of bitty things needed doing, there were some significant funerals (as previously mentinoed) and life in the parishes of this Five Alive Mission Community has continued apace. We have also been in 'Harvest Season' - and though I've not been out in the fields with a scythe we do take Harvest Thanksgiving seriously in rural areas, so far I have clocked up Six harvest festival services and one harvest assembly - I still have two assemblies to go. My colleague and Associate Priest Anne looked after one of the school Harvest celebrations (having done them all last year). Because my mind has been so focussed on the harvest, along with just keeping things running, I've not really felt reflective enough to write anything. Life
3 comments
Read more
More posts