Showing posts from June, 2013
Show All

The things that make us think... 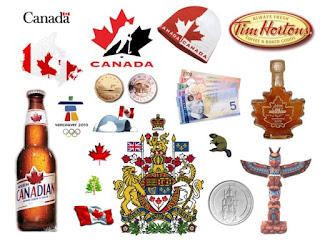 So, we're leaving the country soon to go to the land of Maple Leaves, Beer, Ice Hockey, Mounties, Moose, Mountains, Bacon, Snow and lots of different stereotypes than those to which we are used... stereotypes which seem to be drifting sadly towards intolerance, racism, poverty and a dismantled social welfare system...though I prefer the Tea, Vicars, Cucumber Sandwiches and lovable Cockerneys of bygone eras! Such a move is bound to create lots of very mixed feelings and the odd sensation, more so than previous moves, that things are being done 'for the last time' in this particular context. For example, as an Anglican Clergyperson in England I am legally bound to perform the weddings, funerals and baptisms (colloquially known as 'hatch, match and dispatch') of anyone who lives within the borders of our parishes - though there are some conditions on these things, it is pretty much an expectation that the local 'Parish Church' will perform these function
1 comment
Read more

Another review - Next Generation Leader 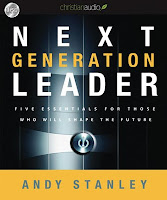 I've been enjoying listening to audiobooks as I have travelled around lately, and am fortunate to be a part of ChristianAudio's reveiw panel, so here is my latest review: Andy Stanley - Next Generation Leader After spending a fair amount of my Masters reading books on leadership I can honestly say I wish I'd had this one to refer to! A warm, practical and spiritual guide to what makes a good leader tick and a good grounding for all of us called to any form of leadership in business or ministry. One of the pleasant aspects of this book is how Stanley's advice, rooted firmly in Biblical narrative, is transferable between 'sacred' and 'secular' occupations. It's makes clear yet unforced connections between our own integrity as Christians and our ability to function as effective leaders. Many books of this type seem to try and shoehorn Biblical examples into contemporary living, whereas Andy Stanley uses the stories and characters of Scripture to b
Post a comment
Read more
More posts