Hi - remember me, and that Jan 3rd posting about blogging daily? Well, that hasn't worked out too well. So I am back, hopefully with some ideas to be kicking around and getting responses to. As I've mentioned before I do blog every now and then on our Church website St John the Divine Anglican Church - in fact I did managed an Art blog every day through Lent there, and I do get to write for the local paper's Spiritually Speaking every few months with an article in the print edition and a blog post follow up.
I'm also doing the usual round of preaching, speaking, leading etc, even in these Pandemic times - and there's daily prayers on our website and Facebook Page, and our Sunday Services are livestreamed to our YouTube page. 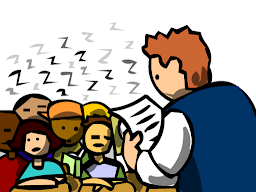 So it's quiet here, but I am not quiet. As my wife will probably tell you if you ask!
That aside - why the sudden urge to post?
Well #BlackLivesMatter and so does truth, and today I saw on a page a posting by someone who clearly doesn't check sources, or indeed doesn't want to check sources, which shared (from a right-wing propaganda site) a story that said Black Lives Matter wanted statues of Jesus torn down. It's a lie. It's simply not true that a movement which has no central organising committee, no structures, no formal leadership but is made up of people seeking to spread a message of racial justice and protest the mistreatment of BIPOC persons by law enforcement has made such a statement. There may be members of the movement that would like to see the overwhelmingly inaccurate portrayals of Jesus as a white man removed, but BLM doesn't make such pronouncements, and to say that is as false and misleading as saying that 'ANTIFA' has made a declaration of any kind.

So I responded that this was right-wing BS, and that it was best to check sources before sharing. And this Facebook 'Friend', Rob, responded with "My page, my opinions. Leave Azhol" and blocked me. No discussion, nor chance to respond, no attempt to engage. Just blocked.
Two things I should say here before I continue. Firstly I have no idea who Rob is, he sent me a friend request some while back and seeing that we had a number of mutual friends I said yes. I hadn't noticed any racist, or noticably stupid, posts from him before so he just sat there in my friends list.
Secondly, I have a very broad approach to accepting friends on Facebook - I can get up to twenty requests a day, and some days I say yes to most, sometimes it takes a while longer to work out if this is a good idea. If I know someone, then it's usually a yes straight away - even if they might hold different views of the world to me, even if they are of a very different political stripe to me. I do hope not to live life in an echo chamber of my own making. I also have, since the beginning of my social media involvemen, realised that I am a relatively public figure - Clergy in the UK are pretty much 'public property' in the mind of most people, and I decided to embrace that in my professional role, and steer clear of sharing too much personal information on social media; very few of my posts are private, most are sharable, and though I will mention my family and share the occasional picture of them, I don't give out a lot of detail about them. Like in the rest of my ministerial/work life, I seek to be as open as I can be to others.
Having said all that - this guy Rob had friended me, and though we'd not interacted, I had assumed that some kind of dialogue would be possible. Not so much.
And this is what disturbs me (finally, the reason for this post, I hear you think) - when challenged on the truth of the story he shared, it wasn't a case of responding with 'this story is true', or (as I have done when challenged) going away and checking up again on the source and the reason behind the posting. It was simply that his opinion was more important than anything that might be verifiably true or not. The piece he shared was basically a piece of propaganda from an organisation with a racist agenda, it wasn't news, though it was shared as such. And when it was challenged, I was cut off.

Don't get me wrong, I am happy to be out of what would have been completely wasted time in conversation, there was no room for dialogue so I am glad to be excluded early on in the process. And I know that opinion trumps fact in this age of post-truth - but having had someone connect with me on facebook (facebook.com/alastair.mccollum) it's pretty clear what I stand for and where I come from; my faith, my commitment to justice, affirmation of all people, celebrating diversity and challenging exclusion and oppression. So why connect? And if you post something that is simply wrong, by which I mean it's easily verifiable as fake, how can you then be so offended, so fragile, as to cut off any challenge to that? I know I wasn't the only one who responded to the posting of the article, before I was kicked off I saw a number of people challenge the premise of the whole thing - were we all blocked?
Long story short, kind of. I'm actually kind of proud to have been blocked by someone who is (perhaps unconsciously) racist for challenging a racist article. But I am always saddened by inability to dialogue or listen to contrary opinion - not that I am ever going to be open to racist opinion, to be honest. And in conclusion I offer three illustrations which I think sum up how we should engage in these things, three pictures shared on facebook this morning - if anyone knows who created them please let me know as I would like to credit them.
Peace and blessings to you, love and grace be with you. I will try to call back soon. 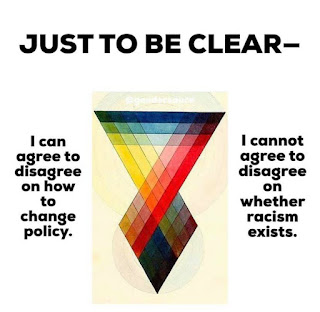 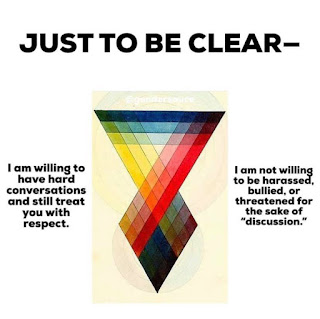 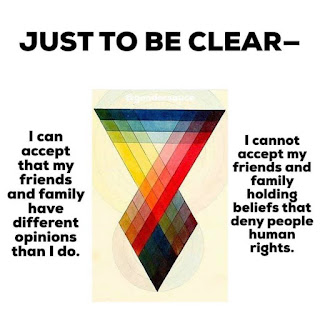