Feeling drawn to blogging again - my time has been so full that the process which pulled me here in the first place had little time to function... crumbs, being away has certainly not made me clearer. Let's try again - I've been so busy I've not had time to think, let alone write... That's better.

So having managed to lose most of my regulars, if not all, what do I do now?  A BIG relaunch - get the word out that New Kid (well it was a relatively clever name when I started) is back?  Or do I just gently slide back into blogging and hope things pick back up.  That's certainly more my style 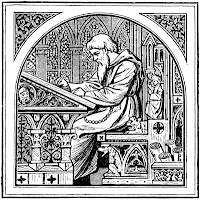 Since I last wrote things have certain moved on for me personally and with regards to the communites I am still trying to serve as best I can!   There's some folk I have lost touch with and need to rekindle those relationships; I've been incredibly busy, too busy, and need to get some space and order back into my life; I've spent a fair amount of time finding out about the new things I need to do and keeping up with some of the old things.  It has all been pretty full on.

One major change is that I have taken on the role of Rural Dean.  It's not a well known 'office' in the Church of England, but it carries a number of responsibilities that involve more contact with the Bishop and his staff in the Diocese and working more closely with Clergy Colleagues, as well as supporting a group of parishes called 'the Honiton Deanery'.  It's quite a learning curve but is proving to be rewarding and making me think very hard about my responsibilities and my approach to ministry generally.  As is often the case, Dave Walker sums up the role beautifully!

So, not much time on my hands to write - but recent conversations, a few days away praying and various things which I have encountered are pushing me back here.  Hopefully this may well be the start of something more substantial!