July 04, 2012
Actually, this post could also be called 'Falling in love again' (sung in a sultry Marlene Dietrich voice, preferably) because my last week of retreat has been the cause of some enlightenment, some struggle and some joy as I have learnt to stop and pray in a way that I haven't addressed before - or at least not in the way I did last week!

My immediate thought was that I must put a gratuitous picture of Marlene Dietricht here, just to add to the visual impact of the post.... even though The Blue Angel from which the song was originally taken is the story of a less then salubrious woman who specialises in seduction.... more details on Lady Garfunkel's Song of The Day: Falling In Love Again..

Actually prayer being seductive isn't such a bad analogy - really entering into prayer is something that can consume and inspire, it enchants and it can become almost obsessive.  But this is part of a journey I have been on and I am getting ahead of myself.  So let's rewind.

I am not the silent type, or the stopping type.  Rather, when I stop I tend to watch, or listen - PC, TV, Radio, Internet - I am the rotund, hairy, Clerical poster-child for the multimedia generation.  Time off means time to catch up on some viewing, surfing, listening.  I still retain a love of reading, but that often takes second place to other forms of ingestion of information, story and entertainment.

And today's Social Media World has added to that.  Don't get me wrong, I am a great proponent of Social Media and recently did a very positive (and quite well received) talk on'The Spirituality of Social Media' that I really need to get the notes published for - it was at a recent Retreat Association Conference and I have promised them handouts, but that will need to wait a few more days. Social Media, though, needs strategy - not a plan for selling and marketing, or a daily post schedule (though some work that way) but a conscious approach which prevents us becoming bound by our self-made 'need' to use Social Media.  But more on that another time, particularly as I often find myself struggling with this anyway, summed up by this cartoon from Geek and Poke... 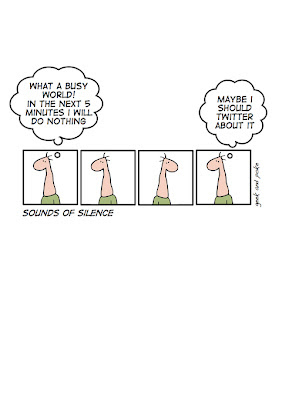 I've had to stop, really stop and think about silence, prayer, spirituality and spiritual refreshment lately. It's a journey I have been toying with for some years, but one which recent attendance at that Retreat Association Conference and some discussion with my Spiritual Director have made me focus on and think about and more than anything else to act upon. 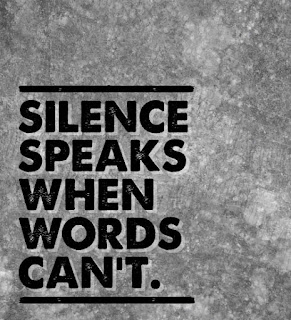 I called this post 'Learning to Pray' not because I can't or don't pray - but that my approach to prayer has been limited by my tendency to self-select my 'prayer methods' - often involving carefully crafted liturgy, or images, or taking, or music.  I am now finding a new way of falling in love with prayer which is more contemplative, involves stopping and listening and silence.  And this is again reminding me of how and why I fell in love with a loving, embracing God who is found and who finds me in many ways, sometimes surprising ways, sometimes disturbing ways, often challenging ways and always in ways by which I am changed in the encounter.  And much of my recent experience of this has happened on a motorbike journey which I undertook last week.  More of which later.
life. spirituality me Prayer silence spirituality

Anonymous said…
I really enjoyed reading your post and am looking forward to the notes on the spirituality of social media.
Sometimes I feel that just stopping and being quiet- and not wanting be around people all the time, being (looking?) busy - is viewed as somehow "suspicious", like you are diving into some sort of depression. A course on mental illness first aid reinforced that. Finding that inner quiet is so important and rediscovering prayer is a lovely way to try.
10:18 am

Sank said…
As they say, the teacher is always silent during the test.
2:41 am

Bob MacDonald said…
Hi Alastair; on the subject of Silence, Sarah Coakley's article was moving for me particular her focus on incoherence and on intentional and mandated silence becoming the means to Christ-like episcopal authority..

Also moving is the opening of Psalm 83:

A psalm appropriate for a time of war. These are two entries that I noted in the recent Biblical Studies Carnival here.
9:11 pm